Rep. Jan Schakowsky (D-Ill.) has introduced The Stop Unfair Medicaid Recoveries Act, which would repeal the requirement that states establish a Medicaid estate recovery program and would limit the circumstances in which a state may place a lien on a Medicaid beneficiary’s property.

“Imagine losing a loved one and putting them to rest, only to have Medicaid come knocking on your door demanding you now pay for the long-term care your departed relative received — an amount that has reached, in some cases, hundreds of thousands of dollars,” said Rep. Schakowsky in a press release.  “Sadly, too many families experience this traumatic, horrific and cruel situation all the time. It is a well-kept secret with devastating and shocking consequences to families.”

The newly introduced bill, H.R. 6698, follows an April 2021 Issue Brief in which five elder advocacy groups called on Congress to eliminate Medicaid estate recovery after the Medicaid and CHIP Payment and Access Commission concluded that the practice recoups only a tiny percentage of Medicaid spending while contributing to generational poverty and wealth inequity. The groups issuing the brief included the National Academy of Elder Law Attorneys and Justice in Aging.

Praising the new legislation, Eric Carlson, Justice in Aging’s Directing Attorney, said: “By forcing the sale of family homes, Medicaid estate claims keep families in poverty and increase the risk of homelessness.  The Stop Unfair Medicaid Recoveries Act will fix this problem so that low-income persons don’t have to risk the family home in order to receive needed long-term care.”

The bill, which has a dozen co-sponsors, was referred to the House Committee on Energy and Commerce, of which Rep. Schakowsky is a member.  She is also Co-Chair of the House Democratic Task Force on Aging and Families.

Among other changes to the Social Security Act, 42 U.S.C. 1396p(a), the bill would add a new paragraph providing that “no adjustment or recovery of any medical assistance correctly paid on behalf of an individual under the State plan may be initiated, maintained, or collected on or after the date of the enactment of this paragraph. Not later than 90 days after such date, a State shall withdraw any lien in effect as of such date with respect to such medical assistance correctly paid.” 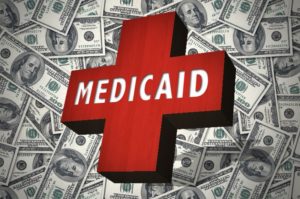