California Is Planning to Eliminate the Asset Test for Medicaid Applicants 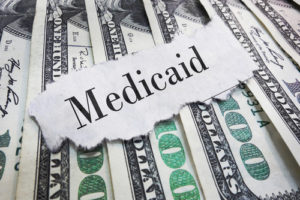 California is in the process of removing the asset test for all Medicaid (called Med-Cal) programs. The move will significantly help low-income seniors who need long-term care.

Currently, individuals in California and all other states must spend down their assets to a small amount ($2,000 in California and most other states) in order to receive government assistance when paying for long-term care. This policy strips individuals of nearly all resources, leaving them vulnerable in an emergency, and, as homes (and their associated equity) have always been excluded from the asset test for purposes of Medi-Cal eligibility, leaves renters in an even more precarious financial position.

Under AB 470, currently in the California Senate Appropriations Committee, the asset test would be eliminated for those qualifying for “non-MAGI Medi-Cal,” and eligibility would be solely determined by income. Key provisions of that bill have already been incorporated into a budget bill signed into law in California on July 27, 2021, which provides for a phase-out of the asset test over the next two-and-a-half years based on income. The first phase begins July 1, 2022, when the state will raise the asset limit to $130,000 for an individual and $65,000 for each additional family member. The asset test will be eliminated completely by January 1, 2024.

The change is consistent with Medicaid expansion programs for younger people. When someone younger than 65 is on Medi-Cal, they have no asset limit. Although California is moving to eliminate the asset test for Medi-Cal programs, the asset test would remain in place for Supplemental Security Income (SSI). This means that individuals who choose to retain their assets and qualify for Medi-Cal based on income may no longer also qualify for SSI.

The new law still requires federal approval, which has not yet occurred, but it appears likely given California’s financial commitment to implementing the new law. If it is approved, it will have a significant impact on planning for long-term care in California. Even if the asset test is eliminated, income rules remain the same, so Medi-Cal recipients may have to use their income to pay a large share of the cost of care.

In addition, if California’s implementation is successful, other states may follow suit and pass similar measures. As the elimination of the asset test for Medi-Cal is new and unique to California (for now), an individual would need to create a new plan if they moved states, and also be prepared if federal approval, once obtained, were revoked or the law modified in the future.

For a U.S. News & World Report article about the impact of the asset test, click here.