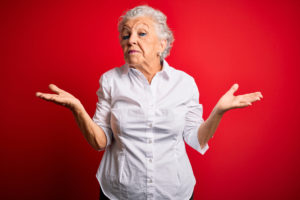 Recent research by the Kaiser Family Foundation examined the differences between traditional Medicare and Medicare Advantage. While people in either program were similarly satisfied with their care and overall care coordination, some distinctions became apparent.

Traditional Medicare is a federal health insurance program for adults 65 and older and individuals with disabilities. Medicare Part A covers hospital fees, Part B applies to medical expenses, and Part D involves prescriptions.

The Foundation reviewed 62 studies released since 2016. The research findings revealed the following:

Findings on Benefits of Medicare Advantage

According to the study:

The researchers looked at the rates at which people switched programs as a way of understanding program dissatisfaction. Medicare Advantage had a higher switching rate relative to traditional Medicare. Yet both had a low turnover, possibly suggesting that people tended to be satisfied with both programs.

Switching from Medicare Advantage to standard Medicare was more common among:

Beneficiaries of traditional Medicare reported higher rates of cost difficulties than enrollees in Medicare Advantage. Yet recipients of conventional Medicare with supplemental coverage had the lowest rates of expense complaints overall.

Since each plan’s benefits and drawbacks can depend on individual circumstances, consider speaking to an elder law attorney or Medicare expert before enrolling. Both can explain the differences between these programs which can help you plan for retirement.