Executive Order Allows Seniors to Now Opt Out of Medicare 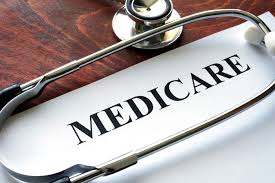 A U.S. district court judge dismissed the case in March 2011, a decision that was upheld the following year by a three-judge panel of the U.S. Court of Appeals for the District of Columbia, with then-judge Brett Kavanaugh writing for the majority that the federal statute offers the plaintiffs no path to disclaim their legal entitlement to Medicare Part A benefits.  The U.S. Supreme Court declined to review.

But in a little-noticed section of a longer Executive Order on Medicare issued last October, President Trump directed the Secretary of Health and Human Services to “revise current rules or policies to preserve the Social Security retirement insurance benefits of seniors who choose not to receive benefits under Medicare Part A.” (E.O. 13890, Sec. 11) The order took effect on April 3, 2020.

We have not yet heard of rules actually being changed, but presumably anyone can now drop Medicare coverage without it affecting their Social Security retirement benefit.  According to John Kraus, one of the plaintiffs in the original suit, “There isn’t any law, statute, or regulation that memorializes in the U.S. Code this linkage of the two programs. It is only found in the Social Security Administration’s (SSA) Program Operations Manual System (POMS).”

We asked Mr. Kraus why he and his fellow plaintiffs wanted to separate from Medicare.  He told us that the reasons “are several.  The foremost is that one enrolled in Medicare cannot have a High Deductible Health Plan with a Health Savings Account. Secondly, for FEHB participants, their coverage becomes secondary to Medicare, without a premium reduction for FEHB coverage. Third, there is the issue of Medicare solvency, which could be a serious consideration in the near future. Lastly, there is the consideration of reduced choice and availability of health care providers because they are either leaving the Medicare program or not accepting additional Medicare recipients as new patients.”