Executor of Estate Can Deduct Care Expenses from Sale of House

A New Jersey appeals court holds that an executor has submitted sufficient evidence of expenses incurred in taking care of his mother, brother, and his brother’s house to deduct those expenses from the sale of the house. In the Matter of the Estate of Biber (N.J. Super. Ct., App. Div., No. A-3970-17T3, June 11, 2019). 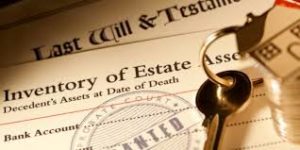 Anna Biber entered a nursing home and transferred her house to her son, Sheldon Biber, for Medicaid planning purposes. Ms. Biber’s other son, Peter Biber, was Ms. Biber’s guardian. In order to be compensated for costs related to his mother’s care, Peter executed a mortgage on the house immediately before it was transferred to Sheldon. The mortgage provided that when the house was sold or Sheldon died, Peter would be reimbursed for any repairs or expenses. The state approved the transfer to Sheldon under the caretaker child exception, and Ms. Biber received Medicaid benefits. Sheldon lived in the house, but Peter paid all the expenses, including utilities and taxes.

When Sheldon died, Peter was appointed executor of his estate. Peter sold the house, but he notified Sheldon’s son that he intended to take $165,000 from the proceeds to repay himself for expenses incurred in taking care of Ms. Biber, Sheldon, and the house. Peter filed a formal accounting, and Sheldon’s son objected. The trial court dismissed the objections to the accounting and granted summary judgment to Peter.

The New Jersey Superior Court, Appellate Division, affirms, holding that Peter submitted sufficient evidence to support the accounting. The court finds that the “mortgage expressly provided that repairs for the property and payment of liens, taxes, and insurance would be added to the principal amount of the mortgage, bear interest at the same rate, and be repaid to Peter on demand.” In addition, the court finds that the expenses Peter paid on behalf of Sheldon allowed Sheldon to remain in the house despite Sheldon’s lack of income.

For the full text of this decision, go to: https://njcourts.gov/attorneys/assets/opinions/appellate/unpublished/a3970-17.pdf?c=trD