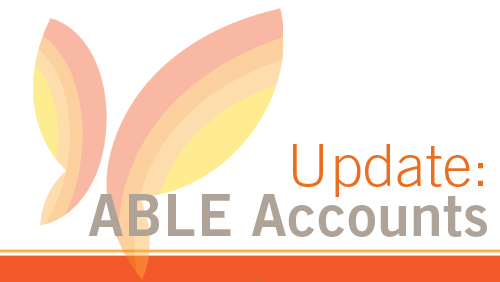 The Internal Revenue Service (IRS) has published proposed regulations governing annual contribution limits to ABLE accounts. The proposed regulations, issued on October 10, 2019, will implement statutory changes to section 529A of the Internal Revenue Code that were made by the Tax Cuts and Jobs Act, Public Law 115-97, 131 Stat. 2054, allowing certain individuals to contribute a limited additional amount to their own ABLE account.

The proposed rule adds T.R. section 1.529A-8, which permits employed designated beneficiaries of ABLE accounts to make an additional contribution of either the lesser of his paid compensation for the taxable year or an amount equal to the poverty guideline for a one-person household for the calendar year preceding the calendar year in which the designated beneficiary’s taxable year begins.

Here is an example of how the annual contribution limit will be applied: Assume that John is a qualified designated ABLE account beneficiary who is competent and working; he resides in Hawaii. John’s compensation for 2019 is $20,000. The federal poverty guideline for a one-person household located in Hawaii in 2018 is $13,960, an amount that is less than John’s 2019 compensation amount. In 2019, John (or anyone else) can contribute the full $15,000 annual contribution amount to his ABLE account that is allowed for all beneficiaries and, in addition, John can contribute another amount to his ABLE account of up to $13,960.

Under the proposed regulation, it is the sole responsibility of the beneficiary, or the person acting on his behalf, to request the return of any contribution greater than that allowed, along with any income that excess amount earns. In the above example, if more than the sum of $28,960 is contributed to John’s ABLE account in 2019, he has an excess contribution and he must ensure that everything over the $28,960 limit, and all of the net income attributable to the excess contribution, is returned from the ABLE account within a strict timeframe.  Additional contributions allowed under this new rule will sunset on December 31, 2025.

Publication of the proposed regulation marks the start of a comment period that runs to January 8, 2020. The regulation will become final and effective upon its publication in the Federal Register at an unspecified time after the close of the comment period.