Medicaid In the News: State Must Be Named as Primary Beneficiary on Community Spouse’s Annuity 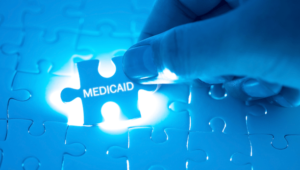 A Massachusetts trial court holds that the state is required to be named as the primary beneficiary on an annuity purchased by the community spouse of a Medicaid recipient. American National Insurance Co. v. Breslouf (Mass. Sup. Ct., No. 2084CV02374, June 3, 2021).

Suzanne Breslouf entered a nursing home. Her husband, Julius Breslouf, purchased an immediate annuity in order to spend down marital assets before she applied for MassHealth (Medicaid) benefits. As required by federal law, Julius named the state as the primary remainder beneficiary in the amount needed to recover Medicaid benefits. The Bresloufs’ daughter, Jennifer Breslouf, was the contingent beneficiary. The state approved Suzanne’s application for Medicaid benefits.

After Julius died, Jennifer made a claim to the proceeds of the annuity. MassHealth also made a claim based on the benefits it paid on Suzanne’s behalf. Federal law provides that an individual will not be ineligible for benefits if the assets transferred were for the sole benefit of the spouse. Jennifer argued that the annuity was a transfer for the sole benefit of Julius, so the annuity provision requiring the state to be named a remainder beneficiary did not apply. Both parties filed motions for summary judgment.

The Massachusetts Superior Court grants the state summary judgment, holding that the state is entitled to recover benefits from the annuity. According to the court, “[p]ermitting a community spouse to purchase an annuity—thus spending down assets to create Medicaid eligibility for the institutionalized spouse—but name a third party as the beneficiary of the annuity in the event the community spouse’s death would allow the community spouse potentially to shelter those assets without limitation, a result directly contrary to the purposes of [state and federal law].” The court also notes that the state’s recovery is not limited to the amount paid for Suzanne’s care up until Julius’s death.

For the full text of this decision, click here.