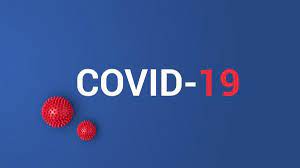 A Maryland appeals court rules that the daughter of a nursing home resident who was under independent guardianship did not prove it was in her mother’s best interest to remove her from her nursing home due to the COVID-19 pandemic. In the Matter of Boone (Md. Ct. Spec. App., No. 432, May 13, 2021).

Mary Boone suffered from dementia and lived in a nursing home. Due to discord between Ms. Boone’s two daughters, the court appointed an independent guardian for Ms. Boone. In April 2020, one of Ms. Boone’s daughters, Sherry Feggins, filed an emergency motion to remove her mother from the nursing home and relocate her to Ms. Feggins’ house due to concerns about COVID-19 in the nursing home.

The guardian opposed the motion, arguing that Maryland’s governor had ordered people to shelter in place. She also noted that Ms. Feggins did not provide a care plan for Ms. Boone at her house. Ms. Boone’s doctor submitted a statement that moving Ms. Boone would worsen her dementia and put her and the facility at risk for COVID-19. Ms. Feggins argued that her mother had suffered abuse at the facility. The court denied Ms. Feggins’ motion, and Ms. Feggins appealed.

The Maryland Special Court of Appeals affirms, holding that it was in Ms. Boone’s best interest to remain at the facility. The court rules that “it is the welfare of the ward that is of chief concern — not the wishes of the relatives nor the convenience of the guardian” and Ms. Feggins did not provide proof that changing Ms. Boone’s residence would be in her best interest.

For the full text of this decision, go to: https://www.courts.state.md.us/sites/default/files/unreported-opinions/0432s20.pdf