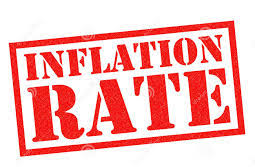 The way the government calculates inflation affects eligibility for numerous programs — ranging from Medicaid to Supplemental Security Income (SSI) to food stamps — that are relied on by people with disabilities. Now, the government is considering changing what some consider an already unfair calculation in a way that, over time, could result in millions of children, seniors and people with disabilities losing access to these programs, and mean less money for those who still qualify.

To measure inflation, the Bureau of Labor Statistics (BLS) currently relies on the Consumer Price Index for Urban Wage Earners and Clerical Workers (CPI-W). Adopted by the Social Security Administration in 1975, this index attempts to measure inflation based on the spending patterns of people living in 1) urban households, 2) for whom at least half of the household’s income comes from clerical or wage occupations, and 3) one of the household earners must have been employed for at least 37 weeks during the previous 12 months.

For people with disabilities, the measure has long been criticized as unrepresentative of their spending habits, resulting in a measure of inflation that is far lower than what they experience on a day-to-day basis.

Although the BLS has not officially proposed a new measure, it is currently taking public comments on potential changes. In a June 21, 2019, letter commenting on consumer inflation measures, the Consortium for Citizens with Disabilities pushed back against the potential use of one often-proposed measure, known as the the “Chained CPI,” which it argues would have an even further distorting effect.

Chained CPI attempts to calculate how people compensate for increased costs via substitution, i.e., buying a less expensive product when prices rise. Typically, annual inflation is measured at between 0.25 and 0.35 percent less under this formula.

For people with disabilities, this formula can be particularly misleading because they typically have less flexible spending patterns due to the higher costs of products associated with accommodating their daily needs.

“It is not possible for people with disabilities to make certain substitutions: if insulin becomes more expensive, people with diabetes cannot substitute a different medication to sustain life,” the Consortium’s letter explains. “If bus fare increases, people with severe visual impairments or epilepsy cannot switch to driving a car.”

After ten years, use of the Chained CPI would result in 250,000 seniors and people with disabilities losing help paying for Medicare, and 300,000 children becoming ineligible for Medicaid or the Children’s Health Insurance Program, according to the Center on Budget and Policy Priorities.

A separate formula, known as the CPI for the Elderly, is widely accepted as a more accurate measure of the spending patterns of people with disabilities. This formula assumes that people spend a greater portion of their income on medical and housing costs than do other measures.