A New York appeals court rules that a nursing home resident’s son who signed an admission agreement, agreeing to take all necessary steps to provide documentation for his mother’s Medicaid application, is entitled to summary judgment in a breach of contract claim by the nursing home because there was no evidence his actions caused her to be ineligible for Medicaid. Wedgewood Care Center, Inc. v. Kravitz (N.Y. Sup. Ct., App. Div., 2nd Dept., No. 2017-12681, Aug. 18, 2021). 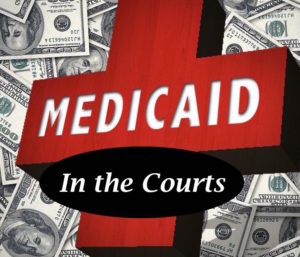 Eric Kravitz admitted his mother, Beatrice Kravitz, to a nursing home and signed an admission agreement. The admission agreement stated that Mr. Kravitz would be personally liable if he failed to take all necessary steps to provide requested documentation to Medicaid or if his actions contributed to non-payment of fees. The nursing home applied for Medicaid on Ms. Kravitz’s behalf, but the state determined she had excess resources. Ms. Kravitz died owing the nursing home almost $50,000.

The Supreme Court of New York, Appellate Division, 2nd Department, reverses and grants summary judgment to Mr. Kravitz on the breach of contract claim relating to his failure to cooperate with the Medicaid application. The court rules that the “admission agreement did not require the defendant to provide documents or information that were not within his possession or control” and that Mr. Kravitz’s actions did not cause Ms. Kravitz to be ineligible for Medicaid. According to the court, “the admission agreement expressly limited the scope of the [Mr. Kravitz’s] liability to circumstances where his own breach of the agreement constituted a proximate cause of the [nursing home’s] damages.” The court also rules that although Mr. Kravitz had control over some of Ms. Kravitz’s assets, the nursing home did not demonstrate that those assets were available to pay for her care. The court remands for further proceedings on Mr. Kravitz’s duty to use his mother’s assets to pay the nursing home.

For the full text of this decision, go to: https://www.nycourts.gov/courts/AD2/Handdowns/2021/Decisions/D67051.pdf