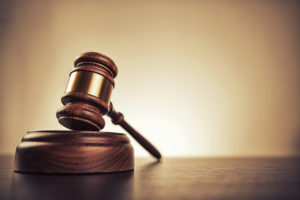 L.C. and his spouse, R.S., sold their home and gave the proceeds to their daughter, among other cash gifts. The daughter purchased a home that L.C. and R.S. lived in with her. When L.C. moved into a nursing home, the daughter transferred the home to R.S., along with some cash. L.C. applied for Medicaid, but the state determined he transferred $436,272.67 in order to be eligible for Medicaid and imposed a penalty period.

L.C. appealed, arguing that the money was returned when the daughter’s house was transferred to R.S. The state contended that because L.C. did not receive an interest in the property, it was not an excludable resource. The state denied the appeal, and L.C. appealed to court.

The New Jersey Superior Court, Appellate Division, reverses, holding that the full value of the transfer was returned, so the penalty period was improper. The court holds that the property is excludable because L.C. and R.S. both lived there and R.S. continues to live there, making the state’s “refusal to accept L.C. and R.S.’s inter-spousal transfer of real property to cure the transfer penalty is arbitrary, capricious, and unreasonable.” In addition, the court rules that under state regulations, the state cannot impose a penalty period if an applicant can prove that the assets transferred for less than fair market value were returned, and that the “regulations do not require that the assets be non-excludable.”

For the full text of this decision, go to: https://www.njcourts.gov/attorneys/assets/opinions/appellate/unpublished/a3307-19.pdf?c=6RZ