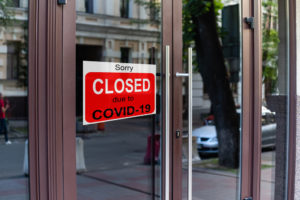 While most government offices have reopened to the public, the Social Security Administration (SSA) is still barring in-person visits nearly two years after the Covid pandemic first swept across the U.S., resulting in a denial of service to some of the country’s most vulnerable citizens.

In late March 2020 the agency closed its 1,230 field offices, which each year are visited by 43 million people, and gave staff the option to work from home. This forced clients to interact by phone, mail, and fax, causing a massive slowdown that left many unable to have their issues resolved. For instance, the SSA’s Inspector General found that just 51 percent of phone calls were answered in 2020, and little provision was made for tracking the inevitable higher volumes of mail. Starting last year, SSA managers have tried to address the problem by offering 15-minute in-person interviews by appointment only, but these sessions are only for a narrow range of issues and have so far had only a negligible effect on the logjam of applications and appeals.

Thus, while the closure has kept SSA staff safer from Covid, it has left its millions of clients and potential clients vulnerable to an array of perils, including dire poverty and a threat of eviction, The Washington Post reports.

People With Disabilities Not Receiving Benefits

The scale of the impact is revealed in the numbers. Applications and benefit awards under the Supplemental Security Income (SSI) program have dropped to the lowest level in 22 years, down 29 percent from July 2020 to April 2021, compared to the same period the previous year, the Post reports. Awards to people with disabilities fell 17 percent. One month after offices closed, the number of applications for children with disabilities plummeted 51 percent, while those for adults with disabilities were down 32 percent, and petitions for the elderly dropped 55 percent.

Thousands of others already enrolled with SSA have seen their benefits suddenly denied, often in error, but have been unable to appeal. For instance, the agency denied about 144,000 recipients the benefits to which they were entitled after erroneously counting pandemic relief benefits as income. Plaintiffs filed a lawsuit last year, claiming that while SSA remained very much open for business when it came to denying benefits, the agency’s shuttered offices thwarted many beneficiaries from appealing those denials.

Critics have accused SSA of giving excessive concessions to employee unions. And while the agency released plans late last year to bring employees back to its offices in January, it continues to give them the option of working from home. Unions, meanwhile, are pushing to delay office reopenings until March.

The SSA is offering some information on its services during the pandemic on its website.