Taking Money Out in Retirement 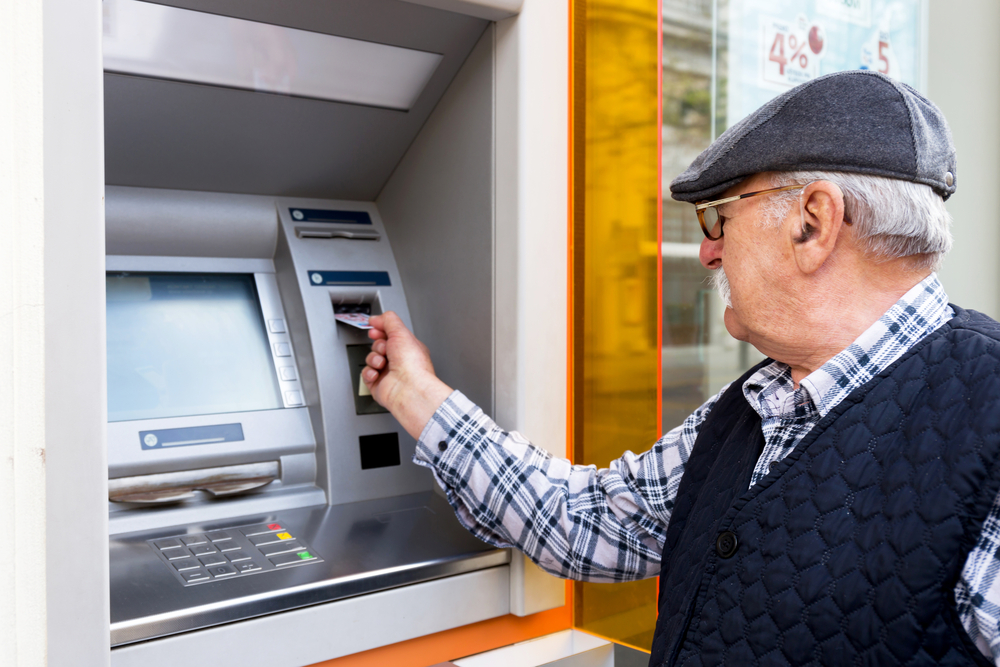 Many people are not prepared for the shift from employee to retiree. Uncle Sam has strict rules on when you can and, later, must begin withdrawing funds from tax-deffered retirement accounts like 401(k)s and IRAs. Here’s a rundown of the basic rules, which changed significantly as of January 1, 2020 (see below).

Keep in mind that whatever you saved in tax-deferred accounts will be taxed when you take it out, and the additional income could put you into a higher tax bracket. This is why Roth IRAs can be helpful. You pay no tax on whatever you withdraw whenever you want after age 59 1/2.

Remember, even though you are allowed to spend retirement funds at 59 1/2 it doesn’t mean you have to. One of the best strategies is to postpone retirement for as long as you can manage to avoid tapping into your nest egg. Get yourself a spreadsheet and project out your expenses, taxes, inflation, income, Social Security, growth of investment assets, and your drawdown on retirement savings, and run the numbers to age 100. One of the least recognized but more potent strategies is to be flexible on your spending needs. The wider the range of acceptable spending level, the more power you have to adjust outflow to support your investment strategy. Work with a competent advisor to help you think through different scenarios and how they would affect your projections.

Investing correctly is one thing; executing your plan of taking money out in retirement is another. A comprehensive approach to sorting out your options is best and should include consideration of worst-case scenarios.

One of the most critical and frequently overlooked issues in retirement planning comes after most people have retired. Those who reached age 70 1/2 before the end of 2019 must begin taking minimum distributions from their retirement plan in April of the year after they turned 70.  But younger people — those not yet 70 1/2 by the end of 2019 — can now wait until age 72.  How you structure these distributions can have a profound effect on your own retirement and even more on what you leave your heirs.

There are some basic steps you can take to get the most out of your retirement plan. Failing to follow these basic strategies could wind up costing you and your heirs many thousands of dollars in unnecessary taxes.

Congress created the rules governing the minimum distribution of retirement plan funds to encourage saving for retirement and to allow retirement assets to build up tax-free during the plan owner’s working years. You do not pay tax on income you put into a tax-deferred retirement plan when earned or on investment income or gains on the account itself. However, the funds you withdraw upon retirement are treated as taxable income in the year you take the distribution. And if your children withdraw the funds from a tax-deferred account that they inherit from you, they will be taxed on such distributions at their income tax rates.

Since the idea of retirement plans is to encourage taxpayers to save for retirement, lawmakers imposed a penalty for early withdrawal before age 59 1/2 — and a penalty for failure to withdraw once the owner reaches retirement age — after age 70 or 72. Until recently, there was also a penalty for excess withdrawals — in other words, for those who saved more than they need for retirement — but that penalty has been repealed. These penalties apply to all tax-advantaged retirement plans, including Individual Retirement Accounts (IRAs), both Roth and regular 401(k), 403(b), and 457(b) plans; Thrift Savings Plans, SIMPLE 401(k), SIMPLE IRA, SEP IRA plans, and pensions.

The withdrawal penalties are in the form of excise taxes. Early withdrawals, those taking place before you reach age 59 1/2, are subject to a 10 percent excise tax (with limited exceptions). In other words, you pay the government 10 percent of the amount withdrawn in addition to the taxes that would normally be due upon withdrawal. As for late withdrawals, you must begin taking distributions by April 1 in the year after you reach, depending on your birth year, age 70 or 72 (known as the required beginning date), or pay a whopping 50 percent excise tax on the amount that should have been distributed but was not.

To determine your required distributions, you can consult a simple chart. Unless you name a spouse as beneficiary who is more than 10 years younger than you, the beneficiary of your account has no impact on your minimum distributions. This allows you to accumulate more money in your retirement accounts, tax-deferred.

To calculate your required minimum distribution for a given year using the chart, find the distribution period for your age as of December 31 of the prior year and then divide that figure into your prior year-end retirement account balance. So, for example, if you had $100,000 in a retirement account on December 31 of last year and you were 73 as of that date, you would have to withdraw $4,049 from the account by the end of this year ($100,000 divided by your distribution period of 24.7 years).

Retirement account owners whose spouses are more than 10 years younger than they are should consult the “Joint Life and Last Survivor Expectancy” table in the Appendix of the IRS’s Publication 590. To see this publication, go to: https://www.irs.gov/pub/irs-pdf/p590b.pdf.

It used to be that the first rule of retirement plans was to always designate a beneficiary. While it is still important to designate a person or institution to inherit your retirement accounts, the choice of beneficiary is not nearly as critical a decision as it once was.

First, as explained above, your choice of beneficiary generally won’t have an impact on your required minimum distributions. Second, you can change your beneficiary down the road. In fact, your beneficiary can even be changed after your death by the executor of your estate. The date for determining designated beneficiaries is September 30 of the year following the year of your death.

All this means that your designation of a beneficiary (or failure to name one) will rarely result in the kinds of tax-planning disasters that were common before. In most cases, your heirs will be able to take steps that will ensure deferral of taxes on retirement accounts over their lifetimes. But these changes also mean that it is doubly important that your heirs consult with a qualified elder law or tax attorney to ensure that they are making the best decisions regarding beneficiaries from a tax-planning standpoint.

Designating a trust as the plan beneficiary

For tax planning and other purposes, many couples set up “A and B” trusts (also called credit shelter trusts) to take advantage of the unified credit of the first spouse to pass away. Where a large portion of the estate consists of retirement plans, it often makes sense to have them payable to the trust rather than to the surviving spouse. Unless the trust is properly drafted, however, it won’t be considered a designated beneficiary and the surviving spouse will have to withdraw all the retirement plan monies within five years. Making sure the trust is carefully drafted is complicated and requires the services of an attorney experienced in such matters.

For more information on designating a beneficiary and keeping the beneficiary designation up to date, click here.

Case study: The consequences of failing to plan

George Parrot (not his real name) died in January 2019 with an estate of $2.4 million, of which $1 million consisted of tax-deferred retirement plans. Although Mr. Parrot’s wife had died three years before him, he had neglected to change the designated beneficiary on his retirement plans to his children. Therefore, the retirement plans are payable to his estate. The children will have to withdraw the funds from the plans within five years of his death. Upon withdrawal, they will have to pay taxes on the income. Assuming a 30 percent average tax rate, this will come to approximately $200,000 in income taxes after taking a deduction for the estate taxes paid.

There are two steps Mr. Parrot could have taken (or his children could now take) to reduce or postpone the taxes due on his retirement plans. First, if his children had been named as the designated beneficiaries, they would not be under the five-year rule. Instead, they could have withdrawn their shares over their own projected life expectancies. For instance, a 30-year-old with a 45-year life expectancy need not withdraw — and pay taxes on — any more than 1/45th of her share this year, 1/44th next year, and so on. She cannot avoid the tax forever, but the longer she can put off withdrawing the funds, the longer the account will grow tax free.

However, the advantage of naming children as beneficiaries is now much reduced under a new retirement tax law that took effect January 1, 2020.  Had Mr. Parrot died on or after that date, his beneficiaries would, with certain exceptions, have to withdraw all the money in the account within 10 years.

Unless his income was too high to qualify, Mr. Parrot also could have converted some or all of his retirement plans to Roth IRAs. Doing so would have forced him to pay taxes on the converted funds at the time, but they would have continued to grow tax-free indefinitely. And his children would not have to pay taxes on their withdrawal of funds from the Roth IRAs they inherited. This approach has the added advantage of reducing Mr. Parrot’s estate by the amount of the income tax paid, thus reducing the amount subject to state or federal estate taxes.

If, for purposes of example, Mr. Parrot converted $500,000 to a Roth IRA and if he paid taxes at an average rate of 30 percent on this amount (this might be reduced by spreading the conversion out over several years) he would pay $150,000 in income taxes, but any estate taxes due to his state would be reduced.