The Basics of Estate Planning 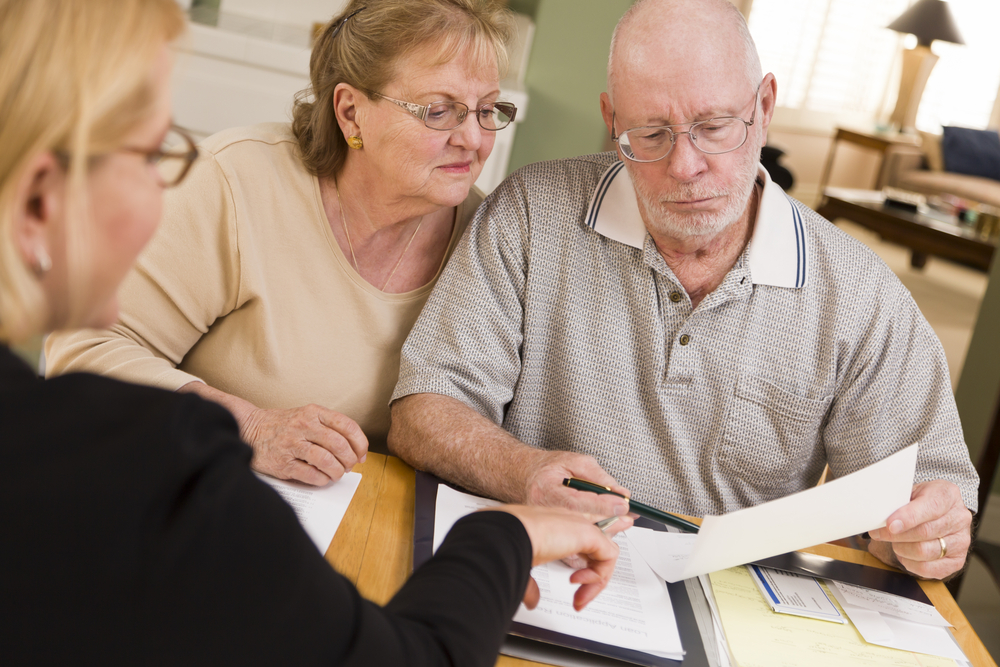 Estate planning can be confusing, convoluted, and overwhelming. Confronting mortality is often uncomfortable, and many people put it off for far too long. This can end up causing a multitude of problems, but not for the person who didn’t complete their estate planning. The brunt of the burden is always placed on the loved ones of the deceased. To avoid hurting your loved ones in this way, the only answer is estate planning.

Today we’re going to review two different estate planning documents, their functions, and the probate process in general. The two documents are the Last Will & Testament (hereinafter just called a Will) and Trusts, which are often misconstrued as being equivalent. In truth, these documents are vastly different in form, formation, execution, and effect, so this is where we’re going to start today.

The Will is the bare bones document of estate planning. Everyone over the age of 18 should at least consider having a Will even if they don’t want to create other documents. However, most people are only ever exposed to a will when a loved one dies, or when watching tv or a movie. Contrary to what Hollywood presents, however, a formal reading of a will just doesn’t happen. Outside of the silver screen you probably won’t ever see a circle of people gather around while a lawyer sits at a desk reading, “To my sister I give the grandfather clock our parents owned, and to my son I bequeath my hunting rifles, etc.” A will is a document that can express those wishes, but it is part of a formal process known as probate and is subject to a lot of rules within that process.

The Will is a document that you should work alongside a lawyer to create that boils down to two things; who takes care of your kids if you die, and what happens to your stuff!

When it comes to your assets, if you want your sister to have that grandfather clock or your son to receive your hunting rifles you can put those wishes in this document. Wills even contain a provision designating the ‘residuary’ of your estate. A residuary is someone you bequeath anything you didn’t specifically designate earlier in the will. Say some stocks are discovered after the death of an individual, and they aren’t mentioned specifically anywhere in the Will and they don’t have any beneficiary designations of any kind. After the grandfather clock, hunting rifles, and all other specifically listed assets have all gone on to their new owners the stock and any other unnamed assets will all pass to this residuary!

When it comes to your kids, if you want a specific person or family member to take care of them if you pass away, then the Will is the place that you should state so. This situation is also a Probate situation that is referred to as a guardianship. People typically nominate their spouse and then a successor in case their spouse pre-deceased them. Successor Guardians are often close family members or occasionally friends.

The last facet of the Will that we’re examining today is the appointing of a Personal Representative. This position has gone by a number of names throughout history, such as Executor, but Personal Representative is slowly becoming the predominant title. In essence, the Personal Representative is the person that you’re entrusting in carrying out your wishes as stated within the will. This individual is given certain statutory (determined by law) powers, which can be expanded or limited by the provisions in your will unless the change would make a provision contradictory to the law. However, just because there are statutory powers in place does not mean that every eventuality is covered; as an example, modern wills should be sure to include a provision granting the Representative power over electronic communications and digital assets.

What is Probate? Probate is the required legal process concerned with the creation, administration, and closing of an estate. Estates only come into existence when an individual passes away, and there are only two processes that an estate will take through Probate; Testate and Intestate. Testate meaning that the individual who passed away had a will and intestate meaning that they did not.

Dying intestate means that the estate will be administered by the court, including the appointing of a personal representative. The distribution of the estate is handled according to the laws of the state, which were typically designed to reflect what legislatures thought most people would want to happen. However, these laws are often quite dated and focus on handling a death in a ‘traditional’ family. As such, they often fail to take into account many of the common situations that people find themselves in today. Blended families and children of in vitro fertilization are simple examples of complex situations that state laws typically fail to account for.

Both testate and intestate estates are governed by state law, and the complexity, time, and costs associated with probate can vary widely from state to state and between different estates as well. It is not uncommon for the Probate process to cost between 3-5% of the value of the estate itself, and the process can take years to complete depending on the schedule of the court and the complexity of the case. The process can become even more difficult if provisions in the will were vague, or if someone decides to contest the will. All of these are good reasons to make sure that you have a will that you created together with an attorney to maximize your chances of avoiding these headaches.

But Probate is involved in more than just wills. As mentioned briefly before, the Probate Court also makes determinations in matters of Guardianship and Conservatorship. When an individual is incapable of making the decisions necessary to take care of themselves the Court can appoint someone to do so for them, or approve a petition to have someone appointed. Petitions can be filed formally, or the desire to have someone appointed can be expressed in a Will. Courts supervise Guardianships and Conservatorships to ensure that those appointed are fulfilling their assigned duties appropriately. An example of this would be that conservators must file an annual accounting with the court, which the court may review to determine if the

conservator has been handling the funds appropriately. In cases where a court doesn’t approve of the way that a Guardian or Conservator is performing it has the power to remove them and require a new one be instated.

What are guardians and conservators? Guardians are individuals who are tasked with seeing to the well-being of an incapacitated person or a minor. Often complex financial situations can arise when someone needs a guardian, and so a conservator may be appointed to keep track of the financial information and instruments needed to take care of the individual. Court settlements and Supplemental Needs Trusts aren’t uncommon in the world of guardianships and having an individual designated to keep track of money and how it is allowed to be spent is often helpful. The duties of guardians change based on the level of ability of the proposed ward, but in every situation the proposed ward will have some level of difficulty functioning as an independent adult.

When is a person incapacitated/incapable of making the decisions necessary to take care of themselves? Unfortunately, there isn’t a solid answer to this question, and each case is unique. However, there are three situations that are more common than others. The first situation would be when the individual is a minor. Until an individual has reached the statutory age of majority, they have to have a guardian of some sort. This role is usually filled by the minor’s parents, but if they die then someone becomes a guardian in their stead. The second situation is when a person’s aging has brought on complication such as dementia. Some individuals keep control of their faculties until the day that they die, but many begin to have difficulty with memory and processing complex information. The final situation is where damage has occurred that has reduced an individual’s mental abilities such as a birth complication or a head injury from a car crash.

An overall impression of the Probate process may create in you an impression that it would be best to avoid it if possible. If so, you’re not alone, and that is the primary reason that people use Trusts today. While there are quite a few benefits to using a Trust, such as a greater degree of control, the main benefit is that Trusts may be used to pass property entirely outside of the probate process.

Trusts typically come in one of three forms. The Revocable Living Trust, the Irrevocable Trust, and the Supplemental Needs Trust. Revocable Living Trusts are most commonly used by individuals who still wish to control all of their own assets, Irrevocable Trusts by individuals who cannot or should not have control over some or all of their assets, and Supplemental Needs Trusts by individuals to protect their eligibility for public benefits after coming into a sum of money. These trusts are all either Testamentary or Inter Vivos. That simply means that they are either created as a result of a document like a will, or they were created during the lifetime of the individual. Out of all of these, the Revocable Living Trust is the most common, and so it will be our focus.

A Trust is made up of four mandatory pieces. There must be an intent to create a Trust, someone whom the Trust is meant to benefit, specific property to be held by the trust, and a written document. There are several positions held by individuals in regards to a Trust. There is the Settlor, also known as the Trustor, who is the individual who created the trust. There is the Trustee, who is nominated by the Settlor and is responsible for managing the Trust according to the wishes of the Settlor, and lastly there are the beneficiaries. The beneficiaries are those who are intended to benefit from the Trust. Often, the primary beneficiaries of a Revocable Living Trust are actually the same person(s) as the Settlor(s).

So why would you create a Trust if you are the beneficiary as well? Because you should also name contingent beneficiaries! When the individuals who made a trust have passed away, the Trust changes form. Due to the death of the Settlors, there is no longer anyone who is eligible to make changes to the Trust, and so by law the Trust becomes Irrevocable. Most often the successor Trustees who take over the management of the Trust are also the beneficiaries of the Trust after the death of the Settlors.

How does this avoid probate? Because the Trust is a legal entity separate from the Settlors it survives the death. This means that there isn’t technically a transfer of property, as the property belonged to the Trust the entire time. It is simply the duty of the successor Trustees to make sure that the property owned by the Trust is distributed according to the provisions laid out in the Trust. Such provisions are entirely customizable, within legal limits of course, and are chosen by the Settlors in such a way that the beneficiaries should hopefully receive the maximum benefit possible from the property. How to maximize the benefit is a complex process, and should be done in conjunction with your attorney and potentially a financial adviser as well.