Who Gets Cash Hidden in House By Deceased Former Owner? 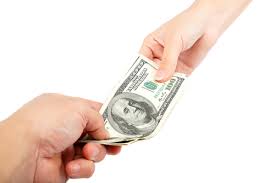 Imagine you bought a house and, a year and a half later, you discovered bundles of cash totalling more than $100,000 that had been hidden away by the deceased former owner. Who would be entitled to the money — you or the former owner’s estate? Confronted with just such an unusual case, a court determined that the new owner should keep the windfall.

William and Helene Valoff owned a house in Milwaukie, Oregon. After Mr. Valoff’s unexpected death, all assets of his estate were transferred to Mrs. Valoff. Following Mrs. Valoff’s death, her estate sold the house to Helen Sollars. The sale agreement required the estate to leave certain specific personal property (such as a stove and a refrigerator) but to otherwise “remove all personal property (including trash and debris)” before the closing of the sale.